I am not a legal expert. I am not a tech expert. Plu

s, the ‘facts’ of Apple versus the FBI keep changing ever few hours. That given, I have some questions. 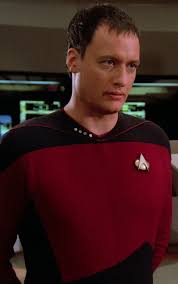 For a second there I thought I misheard President Obama.  Surely he was talking about summer safety, and what he said was, “Mandatory Boating,” or something like that.  So I went and checked, and, unbelievably, the President said, “Maybe its time for mandatory voting.”

POTUS said it would be, “Transformative.”  Yes, that it would.  Let me remind, however, that all transformations are not positive.  Why is change always viewed as a positive, when history tells us that most change is bad.  Seriously.

POTUS also said that such a move would eliminate the effects of money in political campaigns.  Actually, Mr. President, mandatory voting would increase the role of money in political campaigns.  As it stands now politicans raise money to target specific groups that are more likely to vote.  In order to reach the entire adult populace, all required to vote, even greater sums of money would be needed.  Campaign finance reform has been talked about for a long time, and the Citizens United case decision has been a catastrophic failure.  The only way to stop the grotesque expenditures for elections is to properly regulate spending.  Regulating voting will not help.

My favorite part of POTUS’ little off-the cuff moment is when he listed the groups that don’t usually vote, so they would get a greater voice by being made to vote.  The groups he listed were, and I’m not joking, the base of the Democratic Party.  Not so thinly veiled guise there, Mr. President.

I am all for people being free to vote unhindered and unmolested, which is why I’m not really in favor of voter identification laws.  The people who go vote tend to be people who pay their taxes, are involved in the community, care about the issues, and are informed.  If suddenly everyone is required to vote, that dynamic goes out the window and people will not be informed beyond cliche’s and party affiliations and blocks.  Voting is a privilege, but if people who don’t care about that privilege are force to vote, then it becomes a chore, a chore that likely will be done halfheartedly, quickly, and with no thought of the consequences.  Is that what we really want?

When I first heard the president say this, after I realized he wasn’t talking about boating, I remembered that the Soviet Union used to make everyone vote.  Their turnout was always 100%.  Of course, there was only one candidate on the ballot.

Who decides whether a child gets a vaccination or not?  Parents or the government?

The issue has re-emerged or sorts because there has been an outbreak of measles at Disneyland, and, of course, it has been politicized.  The brouhaha escalated Monday when Chris Christie, for some reason or another, was in London, and was asked about his feelings regarding mandatory vaccinations.  Christie suggested that people should have a choice as to whether or not they vaccinate their child.

It didn’t take too long before people targeted the GOP candidates for being “deniers” of “science” and out of touch with the modern world.

Consider, though, that in 2008 Barack Obama said pretty much the same thing as Christie, and Hilliary Clinton has made statements in the past that show she supported parental choice on vaccinations–click here for article.

Why would candidates Obama and Clinton support choice?  Because this is not a left or right issue.  There are people on the right who fear the government in this way—such as General Ripper and his “precious bodily fluids” in Dr. Strangelove; there are people on the left who fear vaccinations as well—such as crunchy granola mama types or celebrity Jenny McCarthy.  The real question is, why would now President Obama and Clinton both sound so certain about the governments role in mandatory vaccinations now?

The answer is not a conspiracy theory–the answer is politics.  Crunchy mama types will vote for the democratic candidate in 2016 regardless of his or her stance on vaccines.  Independent voters will not care so much about the issue, but they will be influenced by attacks on GOP’ers as ‘science deniers’ and ‘fringe’ thinkers.  Never mind that it was GOP governor and Presidential candidate Rick Perry who made the most controversial vaccination decision in a generation when he made it mandatory for 11-12 year old girls to have the HPV vaccine in Texas–click here for article.

We need to be sensible about the issue and public policy.  Only a fool doesn’t vaccinate their children against deadly diseases.  However, the issue is about control.  I cannot conceive of any society that calls itself free mandating that anybody inject anything into their body.  It just seems inconsistent with the values of liberty.  We also have to be concerned about the ever present slippery slope.  Today it is measles.  Next year it is an AIDS vaccine.  In a decade it will be vaccines that prevent daydreaming.

This is the kind of blog post that usually gets me in trouble.  Nevertheless, I’ve been thinking about this for a while.  It is bothering me.

We need not to be let alone. We need to be really bothered once in a while–Guy Montag in Fahrenheit 451.

I’ve been contemplating the tragedy of school shootings.  I am very bothered by the almost faddish development of such acts.  What I don’t know is if enough people are.  It will not be until we’re bothered enough that something actually will change for the better.  Until the pain of the existing situation exceeds the pain of change, nothing will be done.

They who would give up essential Liberty, to purchase a little temporary Safety, deserve neither Liberty nor Safety–Benjamin Franklin

The first reaction is to take away all guns.  But would that really solve the problem?  Guns and firearms are an important part of not only our nations legacy but of individuals rights (2nd Amendment, anyone?) to protection.  Liberty should not come at the expense security.  My personal feeling is that people want too much security.  I also think that guns are really only part of the problem.

I grew up in the South with guns everywhere, and we never shot anyone. This [shooting] is about people who aren’t taught the value of life–Samuel L. Jackson

Me too Sam.  In fact, I remember very well people driving pickup trucks to school with gun racks holding loaded rifles and shotguns.  It never once crossed our mind to kill anyone.  Guns were not a problem.  They were a tool.  Something else is going on here, and the value of life might well be part of it.  Violence is the logical result of a society taught to believe that a human being is just another animal and there is no such thing as eternal judgment.

It is foolish to believe that there have never been gun laws.  It seems to me that, though not a fix all, better and more restrictive gun laws would help.  The problem is legislators go at it the wrong way.  They pass laws outlawing certain guns, clips, or ammunition.  I think we’ve seen that is ineffective.  A better solution would be to regulate who can legally own a firearm.

The United States does not have a monopoly on crazy people. It’s not the only country that has psychosis. And yet, we kill each other in these mass shootings at rates that are exponentially higher than any place else–President Obama after a school shooting in Oregon

The President is right.  Crazy is a universal constant.  Where he is wrong, though, is the context.  The United States has a large population that is prosperous and free.  That sets us apart, from say, crazy people in China (not free), crazy people in Uganda (poor), or crazy people in Norway (small).  When these factors are combined, the potential for crazed violence grows exponentially.  Now, add to that caffeine driven diets, irregular sleep patterns, and drugs–both legal and illegal.  The result is that the United States does have a unique situation that defies comparison.

I suppose, in summary, I come to these thoughts.

1.  Our current gun laws are insufficient.

2.  Something is lacking in what we teach at school.  It is young boys doing this, not middle-aged depressed moms or dads who want to protect themselves.

4.  Stop acting like some people aren’t crazy.  Mainstreaming mentally incompetent people is a detriment to the well-being of society.

I do not pretend to have all the answers to such a huge issue.  I would love to hear what anyone else has to say about it, so long as the discourse is civil.