A couple of years ago I made this list of things I love about my nation — the United States of America — and it is all still true. I hope you all have a wonderful and safe celebration of Independence Day. Maybe make your own list. I’d love to see it.

On birthdays we tend to celebrate and share the things we love about the person having the birthday. So, how about it for our nation? There are so many things about The United States that I love dearly, it would be impossible to list them all. Here are some political, historical, cultural and a bunch of other things that came to mind.

I tried to keep my list to twenty, but alas, in America I have the freedom to do what I want.

Is our nation a perfect nation? No. Not by a stretch. We have many problems that need addressing and are cause for alarm and calls to prayer, not the least of which is the evil of racism, mass violence by disturbed young white males, childhood hunger, our disastrous health care system, and the squabble over how we will handle the great influx of people from other countries who believe what we already know–that America is the greatest place in the world to be.

There are many things I love about my country, more than can be included here, but here are five of them that I share today in celebration of her birthday. 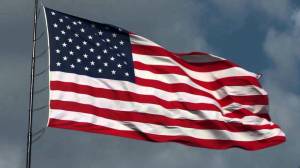 1.  I love that we elect a President every four years.  Some presidents are good, some are bad.  Some are conservative, some are liberal.  Things tend to swing from one direction to another, and the net effect is that we remain a centrist nation, and it all happens without firing a shot.  It occurs so regularly that we almost forget how amazing these transitions of leadership are.

2.  I love that we celebrate our nations birthday on July 4, 1776.  This is the date we signed the Declaration of Independence and decided to be free.  Most nations celebrate their independence on the date they won a major battle or a treaty was signed guaranteeing them the right to exist or something.  Not us.  We celebrate our birthday on the day we decided to be free.  It is a little like parents celebrating their children’s birthday not on the day the child was born, but on the day the parents decided to have a child.  I love that about America.

3.  I love the simple, yet meaningful symbolism of our flag.  It has an intrinsic beauty.

4.  I love that our military is voluntary and civilian controlled.  Yes, i know that drafts have been used in the past during times of crisis, and could be used in the future, but right now our nation is protected by people who chose to serve, not by people who had to.  Some of the finest human beings I’ve ever met serve in the various branches of our armed forces.  These men and women train at the highest level, but are not ordered into battle by professional soldiers.  Instead, elected officials make the ultimate decisions about war and the commitment of troops.  I think that is all very spectacular.

5.  I love that because we are free, criticism of our government and its policies is an act of patriotism that is part of the process of us becoming more like the ideal we strive for everyday.

These are just some of the things I love about the United States of America, not to mention religious liberty, peach ice cream, Humphrey Bogart, free speech, the Bill of Rights, Disneyland, peanut butter . . .