Last night was the final POTUS debate of this cycle, thus meaning this is the last post on presidential debates from the Greenbean for at least three years. Here is what we can learn from last night’s debate in the desert.

Second, we learned a new word–Bigly, and I learned that I am fascinated by it. Apparently, it is an actual word, even if Mr. Trump is not using it correctly. I confess I didn’t know it was a word. Some have argued that what Mr. Trump is saying is “Big League” and it comes out in this compressed way. Maybe in a Mandela Effect alternate reality, but not in this one. In this universe, he is saying bigly. It motivates me to want to preach bigly this Sunday.

Third, we learned that Secretary Clinton invokes the incredibly small number of health-of-mother cases when challenged on the brutal and savage practice of partial-birth abortion. Shame on her.

Fourth, we learned Mr. Trump’s strongest case for our vote is his Supreme Court argument. Secretary Clinton’s call for judicial activism is frightening. I am not against activism–I am all for getting rid of the big money in politics and making certain that powerful special interests are kept in check–but this should be done through the legislative branch.

Fifth, we learned that Mr. Trump can dish it out, but he can’t take it. When Secretary Clinton ribbed him about dodging taxes, he interrupted her to call her a, “nasty woman.”

Sixth, we learned that Secretary Clinton has no answer for the leaked videos about Democratic operatives serving as agitators at Trump rallies, particularly in Chicago. This confirms what Bernie Sanders learned (and George H.W. Bush) — the Clinton’s play dirty pool.

Seventh, and most importantly I think, we learned that Mr. Trump is not prepared to accept the results of the election. I find this shocking, horrifying, and deeply disturbing. It proves, to me, once and for all, that Mr. Trump cares more about himself, his reputation, and his brand than he does about the American people. Bigly.

It is a time honored practice to ask politicians questions, and then have them ignore the question and move onto their talking points. Skilled politicians can do that and make you think they answered your question and that they care. Neither Mr. Trump nor Secretary Clinton have that skillset. Whenever they are asked questions, it is painfully obvious they don’t want to answer it, don’t care about it, and would prefer to move to their pre-planned talking points. 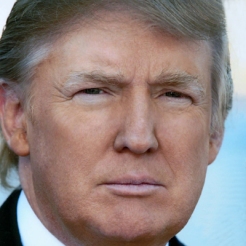 If I were allowed, however, the chance to ask Mr. Trump some questions, and I would be guaranteed that he would have to answer them, these are the questions I would start with. I have posted similar questions for Hillary Clinton on a separate (click here) blog post.

Of course, I have other questions for Mr. Trump, not the least of which are about Trump University, Trump Airlines, his love affair with Playboy Magazine, his thoughts on Jesus I think are important because he has courted the Christian community so strongly, and I’d also like to know what he plans on doing with North Korea. Nevertheless, these questions are where I would start.

As a writer, I’m always thinking about dialogue. Listening to the POTUS debate on Monday night I decided that Mr. Trump speaks IN ALL CAPS–EVERYTHING HE SAYS IS ALL CAPS ALL THE TIME, BELIEVE ME! In contrast Secretary Clinton speaks in italics. Most of her words are special, thought-out, planned, rehearsed, and designed as asides.

An often overlooked aspect to making excellent excellent guacamole is red onions. That gives the guack the perfect sweetness to bring out the full bouquet of flavor.

During the Colin Kaepernick brouhaha I came across this picture. I don’t quite know what it means. I find it fascinating. Perhaps a bit enlightening. And troubling. 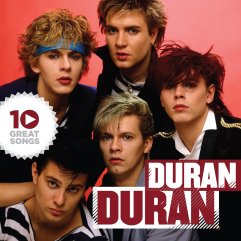 I have developed in my head a book–one of those self-help how to live books–based on the titles of Duran Duran songs. Each chapter is a song title, and then I explicate the trendy topic of the times. Examples.

You get the point. If any of you publishers are interested, hit me.

So there are your five random things for today.

Rest assured Greenbean will have the popcorn popped and the Kool-Aid aiding when the debate begins this evening, and he will be live Tweeting it too. Keep in mind that I am not partisan and hold all politicians with an equal amount of contempt. Nevertheless, I have a certain morbid curiosity about the process, politics, and the horse race. I have had this hobby since I was a child.

I’ve divided my speculation in three categories: What I absolutely expect, what would not surprise me, and what could happen but probably will not.

What I Absolutely Expect

What Would Not Surprise Me

What Could Happen But Probably Will Not

Winners and losers are always hard to call, because people see what they want to see. I feel like, though, HRC will have a better night because of her experience in these types of debates. Trump will have a hard time speaking substantively and staying on topic for that long.