Recently I’ve posted on social media about the ten music albums that have been meaningful in my life. Music doesn’t mean as much to me as movies or books, but I’d say my life has a good soundtrack. During the challenge, I couldn’t explain why. I was only allowed to post the album cover. So here is the list along with some explanation.

Jason Greene and I listened to this album all summer long. We must have been twelve or thirteen years old at the time, but we wore that cassette tape out. We mostly hung out in his bedroom, read  magazines, and listened to this album. In all of musicdom, there is no more recognizable or energetic sound than the opening keyboards to “Jump” and anyone who would say otherwise is just silly.

Plain and simple–Johnny Cash sings about pain in an unvarnished, human way that communicates to me.

Its not ZZ Top’s best music, but this album connected me at a young age to what I would later recognize as Texas Rock-n-Roll.

The video–the 14 minute short film directed by John Landis–is still one of the cultural touchstones of my life. it was perfect. I don’t know if we’re allowed to still like Michael Jackson or not because of the claims against him, but at the time we didn’t know any of that. All we knew was that the cool zombies wear red and black jackets and Vincent Price had the creepiest voice ever.

6. Come Away With Me–Norah Jones

Mrs. Greenbean and I discovered Norah together. She was our first foray into grown up music. We even saw her once in concert at Key Arena. She does a very good Axl Rose impression.

5. Sigh No More–Mumford and Sons

There is a line–and this album is on this list because of this line–in the song “The Cave” that says, “I’ll know my name as it’s called again.” When I left Port Orchard, I never knew if I would pastor again. But I definitely felt as though I had lost my own identity. For twenty years I had just been “Pastor”–that is what everyone called me, just “Pastor” or even more dehumanizing, “Preacher.” One of the things I was determined to do was discover who I was as a human, a Christ-follower, a husband, father, a man, a writer, and neighbor. In those in-between years, this was my mantra–“I’ll know my name as it’s called again”, and I am thankful for it.

Our kids loved VeggieTales, and this Christmas album comes out every year during the holidays and we listen to it over and over again. If you’ve never heard it, give it a listen. It’s the best.

Yo-Yo Ma was the soundtrack of my DMin years, especially while writing my project back in the days before iPods or iPhones. I just put the CD’s into my laptop and would listen away for hours. This album came out after I was finished with school, but it encapsulated so much of those years. It’s like he wrote it just for me as an ovation for the work I’d done. The first song on the album is even called, “Going to School.”

There are two reason for this album. First, COLLEGE! I borrowed the cassette tape from a coworker during college and about a year later she asked, “Do you have my tape?” and I reluctantly returned it to her. I had listened to it so much that the letters were all rubbed off the case. The second reason is the song, “Texarkana” which is, I’m pretty sure, about The Blessed Leibowitz.

This needs no explanation, especially if you know me. The weird thing, in my opinion, their top five songs aren’t even on this album, but the album as a whole is just perfect, and it has the best collection of B sides ever. 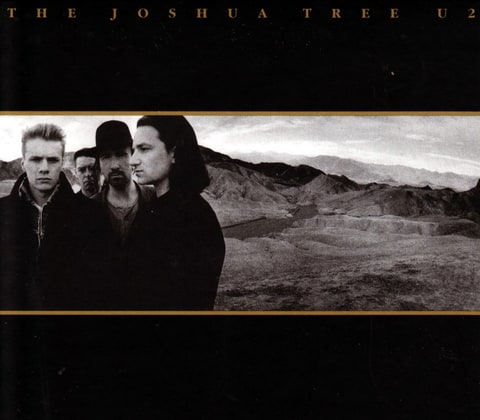 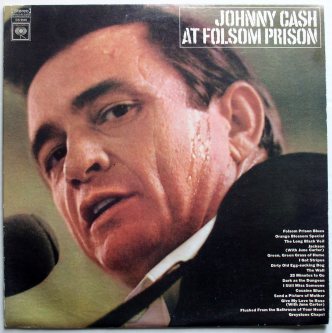 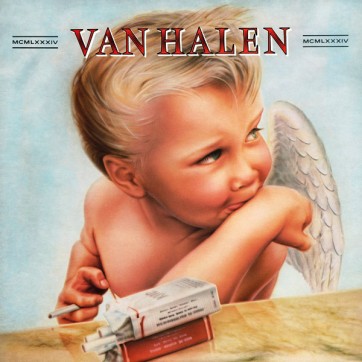 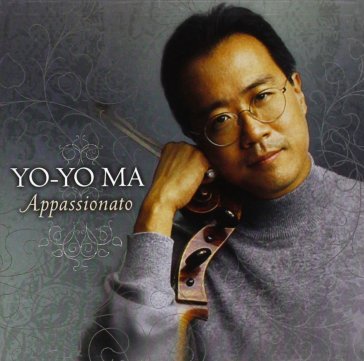 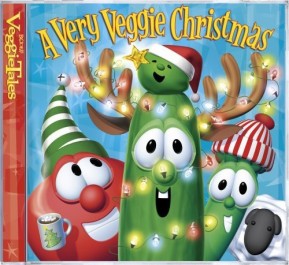 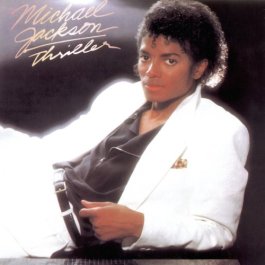 This weekend I did a wedding, but this post is not about the wonderful bride and groom and their families. This post is about what happened two hours before the wedding.

I was sitting in the fellowship hall where the room was decorated for the reception. I was drinking coffee and talking to a couple of very intelligent and interesting young men. One was 20 years old and training to be a welder. The other was 22 years old and a recent graduate of college. I asked, in passing, if there was to be dancing at the reception. The 20 year old said, “I can’t dance.” To which I replied, “Phil Collins, 1991.” For the record, I was right on the money with the year. Yay me.

But that is not what this post is about.

The 20 year old replied, “Who is Phil Collins?” I laughed and thought he was teasing. He then added, “I’ve never heard of that person.” I turned and asked the 22 year old if he was hearing this, and he said, “Yeah, I don’t know who that is either.” I went off for a few moments–mentioning Phil, Genesis, Peter Gabriel and finally the 22 year old, who is familiar with football, said he’d heard of the song “In The Air Tonight” because they play it over the loudspeakers at football games sometimes.

Here is my conundrum. I know this makes me, officially, old. But what should I do about it? I am asking you to vote below in the poll to help me decide. Remember to register your vote by clicking the vote button after you choose. You may vote as many times as you like.

A cruel, mean-spirited thought entered my mind this morning.  It was so heartbreaking I just had to share it with you.

What if, in some bizarro Rod Serling moment, you were marooned on an island.  You had plenty of supplies to live out your life to a long old age, so food, water, and shelter were not problem.  The problem was in this nightmarish world you could only choose five of the books in the Bible to have with you.  It is a similar conundrum to the ubiquitous “ 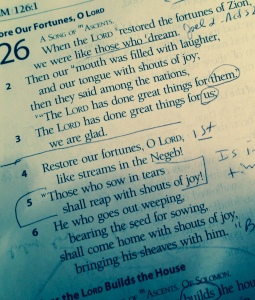 ” where you’re stranded and can only have five albums of music.

Told another way–perhaps you’re stuck in a bleak story, something like Fahrenheit 451, and you can only have five books of the Bible because that is all you can safely hide from the book police.

Which five would you take?  It is heartbreaking because the whole Bible is precious, a “perfect treasure” that is linked to my very being.  So which ones?  If I had to make such a choice, here is what they would be.

I sure hope I never have to make this choice.  I would be interested to know what choices you would make?

I’ve had several exchanges with folks on the twitterverse and interwebs lately about their writing playlist.  I’ve come to the conclusion that music, and what kind of music, helps me write.

The most important thing about a writing playlist is that it should be something I’m familiar with.  If my mind is focusing on the music or the lyrics, then my mind is not engaged in the work of writing.  That is why streaming music or listening to NPR doesn’t work for me when writing.  It has to be older stuff I’ve heard a million times.  So here goes some of my writing playlists.

Dialogue (generic)–Something instrumental.  For generic dialogue I don’t need words in my mind as I’m trying to find out what my characters are saying to each other.  I don’t want my characters quoting George Jones or Jimi Hendrix.  Classical is okay, but so too is blues and jazz.  Green Onions by Booker T. & The M.G.’s is excellent to just loop over and over until the scene is written.  Yo-Yo Ma is great for this too.

Dialogue (intense/arguing)–Church hymns.  I don’t know why, but something about church music makes me think about arguing.  Let the reader understand.

Dialogue (internal)–When I am thinking about what another person is thinking there is only one authority:   Johnny Cash.

Theological Themes--Pastor Butch Gregory stories always have theological themes, and for that I need to listen to Rich Mullins.

Dream Sequences/Flashbacks–Norah Jones, because she just sounds so dreamy.

Crime/Violence–I’ve got a playlist I call “War/Spy” that has a heavy dose of Talking Heads, James Bond theme songs, Blondie, U2, Hall and Oates, and Mumford and Sons.  I know that doesn’t make a lot of since genre wise, but it does to me.

Fight Scenes–Guns-N-Roses.  It is important to know where you are.  You’re in the jungle baby.

Travel Scenes–I’ve found that my characters seem to always be traveling somewhere, and when they do, Led Zeppelin Rambles along.

Plot Development–Frank Sinatra.  I’ve got him under my skin.

Romantic Scenes–I don’t put a lot of romance in my books, but when I do, I prefer Cole Porter.

Techno–While writing sci-fi, sometimes I need to describe technological things which may or may not be real, but which are technological.  There are two groups that help me with this.  One is R.E.M.  I mean, Michael Stipe may actually be a character from a sci-fi novel.  The other is ZZ Top.  In my universe(s), all megalomaniac evil scientists wear cheap sunglasses.

When In Doubt–Sometimes you don’t know what is going to flow out of the fingertips, and when that happens I hit an 80s mix.  Duran Duran always gets the creative reflex going.

There are a lot of other artists and genre’s I listen to, but these are the ones that most often find their way into my ear bud while writing.  I’d be interested to know what you listen to when you write.