A friend of mine suggested I title this post, “Last one in.”

When the Harry Potter books came out, I was busy. Very busy. We had just moved to the Northwest and I was working nonstop, then I started my doctoral work. Everything I read in those days was either theology or churchy books. For the record, I still enjoy theology books, but I will never read another church how-to book for as long as I live.

But back to Harry Potter. I watched the movies as they came out, and enjoyed them with my family. Mrs. Greenbean and the sprouts all read the books and often mocked and cajoled me for not reading them. When I did get time to read for pleasure, I thrust myself into other series and works. When my family or friends brought up Harry Potter, I always said something like, “Well, I’ve seen the movies, so I know how the story ends, so reading it would be a waste.” 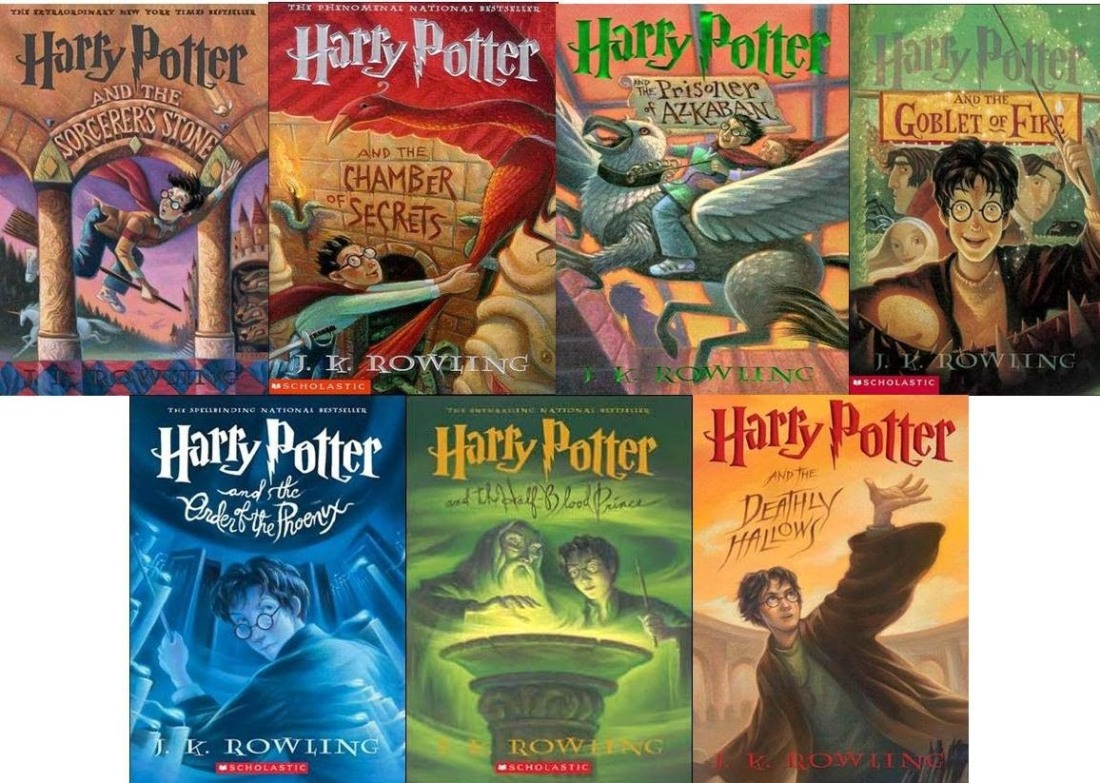 Well, I finally read them. Mostly just to appease my family, but I am glad I did. I enjoyed the books much more than the films, which is always the case. Having read them, I have some observations. Of course I do.

1. The theme of the books has to be something like “Adults and people of responsibility who don’t do what they should.” Seriously, no adult or person in a position of trust does their job. No one. It starts with Harry’s aunt and uncle. I don’t care what your prejudices are, those people are awful and fail to fulfill the responsibility of humanity. But how about every single government official in the magical ministry? Then there is Dumbledore. I know he is a hero/sage/mentor figure, but he is lousy at protecting people. And how about those teachers. Snape should be fired, but so too should just about every other teacher. No one is protecting the children. Hagrid is the best example. Never forget he sent the kids into the extremely dangerous Forbidden Forest time and time again, unsupervised, because he had something that needed doing. He cares not one wit about the fact the giant spiders will likely try to eat the children. A possible second theme might be-, “One generation’s failures threaten the next.”

2. I would never let my child attend Hogwarts.  Ever. It is dangerous and they really don’t learn anything. When do they take grammar classes? Science? Mathematics? Plus, this quidditch game is ridiculously dangerous. It makes concussions from football look like a game of tag.

BONUS OBSERVATION ABOUT HOGWARTS: The movies put too many students at the school. The way I read it, Hogwarts was a very small private school, where everyone would have know everybody, and the classes would not have been very large at all. Notice how there really aren’t that many teachers there. You don’t need that many teachers when there aren’t that many children. I’m thinking there are probably fewer than 175 students for the seven grades, which means there are an average of 25 students per year, and only about 40-45 students per house. It’s a pretty small school. So in the movie, when there are about 50 kids out there learning how to ride a broom, there probably should only be about 12.

3. Rowling is great at telling a story. This is a wonderful world she has created, and I am thankful to have experienced it. I don’t find it as intriguing as Tolkien’s Middle-earth or Narnia. Neither did it almost swallow my mind as did Stephen King’s Dark Tower world, but it is fun and enjoyable. I would put it above Asimov’s Foundation Series (but only because the last four books were much worse than the original trilogy). Rowling’s at her best with dialogue. She does a great job of creating realistic, meaningful speech between characters that move the plot along. She is also a true master of POV–Point of View. She demonstrates such discipline with the POV that the entire story, almost all of it, is told though Harry’s eyes. That is something to celebrate. The only real negative I have in her writing is the blatant adverb abuse. That woman will put “ly” on the end of anything quicker than Hermione can remind us you can’t apparate into Hogwarts.

Question: How bad does she abuse adverbs?

4. The movies are fun, but they are the one rare case where I think the movies muddle the story rather than smooth it out. Most movies gloss over things to simplify, but I think these films actually take some things that are simple and makes them complex. For example, in the novels, the relationship between Harry and Voldemort is very clear and easily grasped. By contrast, in the movies, it is a muddled mess that is never quite explained. I think the reason for this comes from the movies missing the point. The books are quite clear, this is basically a coming of age story about Harry Potter the boy. The movies want this to be a morality tale of Good versus Evil in which Harry Potter is the key player, but the main point is good winning in the end. In the books, the focus is always Harry. In the movies, the focus is the struggle. At least, that is the way I read it.

5. Robes. We need to talk about robes. Forget the movies for a moment, because in the films the robes function more like school uniforms than a separate attire for an entire culture. I want to know, and Rowling never tells us, what is worn underneath a robe? Is anything? What kind of shoes did they wear? We know there are dress robes, and there is a traveling cloak, but are there coats? Insulation? I’d like some specs on this. I guarantee if this were a Tom Clancy novel there would be seventeen chapters dedicated to exactly how these robes worked, fabric type, factory of origin, and possible other uses.

6. Male/Female relationship are strained in this series. I don’t know if that is a motif, or if it flows from the author’s heart. The Weasleys are the only family portrayed on the page that seems to work as a married husband and wife. I assume all the teachers are single, I don’t think we’re ever told, and most of the wizards and witches we meet are likewise. The Malfoys are an exception, but it is an exception that moves the point, for the Malfoys are most decidedly not happy. There are two weddings in the novels–and one of those is tragic at every front while the other has a very definite negative flow to it, as no one likes Fleur. Snape was in love, obviously, but that was unrequited romance, and the adolescent never outgrew it. Of course we see Harry and Ginny pair up as did Ron and Hermione, but none of it feels like romance. It is far more about the pressures of being in a war. Or, does Rowling view love and romance as something only for teenagers? Things ring true even if you surmise that Dumbledore and Grindelwald had a fling, which, is altogether possible and still proves the point that these witches and wizards just don’t do family very well.

7. Why does it seem like they care so much about who wins this house cup thing? I mean, for reals? Its not just the students, either. The teachers are all caught up in it. I don’t understand it at all. Is there a cash incentive for winning? Do your grades bump up? I can’t really buy that students would care that much.

8. Two words: Luna Lovegood. If I attended Hogwarts (and lived to tell the tale) I would have you know that Luna would have probably been my bestie. I’d had a subscription to her dad’s paper, and we would talk long and hard about all the different conspiracy theories. In fact, I would really like it if we could have a spinoff book about the grown up Luna and her adventures with the nargles. I recommend she look for them on the dark side of the moon, which is where they are hiding the secret base, anyway.

9. As a villain, Voldemort is a little too one dimensional. This is certainly true of his Death Eaters. Most baddies think they are good, which is one of the things that makes them so bad. They also usually have some sympathetic human characteristic–they love their mother, they are loyal to friends, create beautiful art, gives lavish gifts, or something. Voldemort has none–he is just 100% bad. He kills for sport, has no true affections, and is most assuredly insane, as are his closest allies. Given that level of insanity and evil, it is hard to believe he would have ever gathered any serious following.

10. Last observation. I don’t like the part of this world where magic is just something you’re born with or not. This was the part of the Star Wars universe I didn’t like, too. It gets worse, even among those who can do magic, there is a hierarchy based solely upon how powerful the magic is in you. No matter how much Neville studies, works, learns, or achieves he will never be as powerful a wizard as Harry Potter, who is quite the slacker at his studies, because Harry just has power in him. This worldview is elitist, and I have always rejected it. I don’t like any world where some people are just born better than others.