Warning: What follows is snarky political commentary. Read at your own risk.

Waiver: I am not partisan. I am too concerned about the unborn to be a Democrat. I am too much in favor of immigration and open borders to be a Republican. I am too cynical of the human condition to be a Libertarian. I trust no politician.

Disclosure: I will not, at any point in the future, buy or read Hillary Clinton’s book. Its just not something I’m inclined to do. 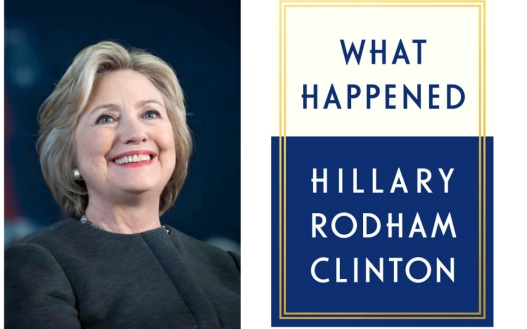 What Happened is the title of her book. It is not lost on me that her book title doesn’t have a question mark. She is not asking, she is telling. And that is perhaps as much insight as anyone needs into why she lost in the first place. Nevertheless, I take it as a question. What follows are my answers to her not-so-rhetorical question.

I do not wish HRC any ill will. I wish her the best. I want her to ride off into the sunset with Bill and spend time being a grandmother, doing philanthropy, advocating for women’s issues, and perhaps giving political commentary whenever she wants. But I don’t ever want to see her name on ballot again. Her time is up.