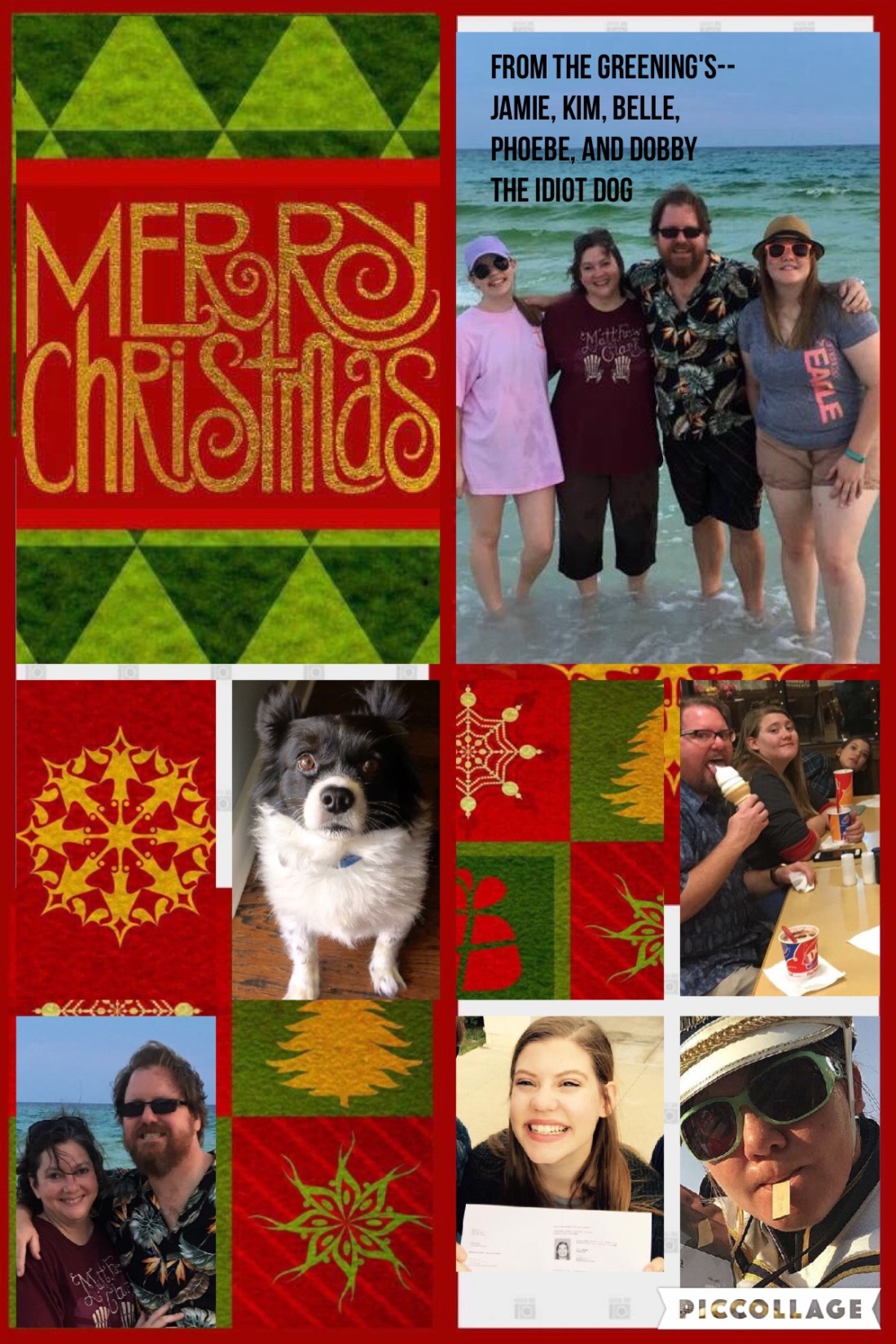 We made a big decision this year.

For the first time in our marriage, Mrs. Greenbean and I are not sending out Christmas cards. It was a hard choice, because over the years we’ve had a lot of fun doing it. In the early years we sent out boxed ones with hand written messages. As the list grew, we went to photograph infused cards. Then, sometime around 2000ish we embarked on my favorite era–personally created cards. These cards included story, artwork, jokes and all kinds of things that each of the four Greenbeans contributed.

Around 2009 we went back to the picture cards.

Our list grew over the whole 50 states, and it was costing us several hundred dollars to make the cards and then mail them, not to mention the effort.

And all the while, we were receiving an ever-smaller number of Christmas cards. People stopped mailing them. Most of the cards we receive now are from businesses who ‘appreciate’ us.

Christmas cards were invented to stay in contact with people whom you don’t have contact with–people you wouldn’t see on Christmas but wished you could. The prevalence of social media, particularly the ubiquitous Facebook, allows us to communicate that to people far easier, cheaper, and more personally than a Christmas card.

Therefore, we made a digital card just like previous years, but are putting it on the various social medias. The card has photos of us on vacation in Destin, Florida, me and the girls at Dairy Queen, the idiot dog, Phoebe getting her driver’s permit, and Belle in her East Texas Baptist University marching band uniform. We wish you and yours the happiest and merriest of Christmases, a prosperous and meaningful New Year, and most of all spiritual fulfillment as you seek the Lord.