Ravenmarked was written by Amy Rose Davis, an indie writer in Portland, in 2011. A sequel titled Bloodbonded was released earlier this year. The genre is 100% fantasy–magic, myths, oaths, runes, curses, spells, and even shape shifting demigods. The material is rated M for mature as there is a lot of sexual activity, sexual violence, violence in general, and strong language. These mature themes are not gratuitous in that they serve the plot, yet this book is not for children. It is a long book–you will get your moneys worth. 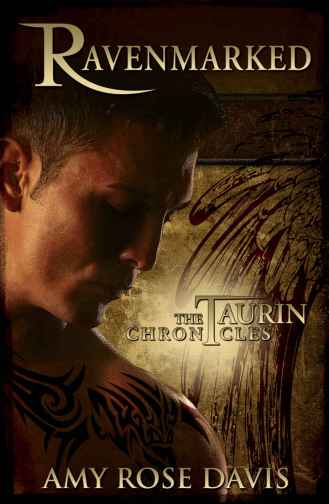 What I Really Liked

I liked several things about Ravenmarked. I liked the main female lead, Mairead. She is tough, kind, devoted, but also impetuous, curious, and a bit naïve. There are times when she reminds me of Daisy Ridley from the Star Wars universe, and there are also times she reminds me of my own character Amber from my first novel. She doesn’t want any of these things going on around her, but in the moment of decision, she knows she has a greater destiny.

I also really liked the fight scenes and battle scenes. Davis does a great job with these. Not much to say more than those are done very well.

I liked the world Davis created–as I can tell, there are three different conflicts occurring at the same time, in different realms, and somehow they are connected. The first realm is the realm of human beings. This is the political and social realm of kingdoms, tribes, and ambassadors. Then there is the realm of fairies, which the book calls Sidh. These Sidh possess magic, and often intertwine themselves in human affairs. The third realm is the supernatural, where the Supreme Being is at odds with the dark one and the Forbidden.

These three weave in and out, and once I got my bearings straight, I really liked that world.

There were a couple of things I didn’t like. For the most part, I didn’t like the names Davis gave her characters or the people groups. The only one that was easy for me was the male lead, Connor. All the rest are hard to say in my mind, and there are so many “Mac These” and “Mac Those” to keep up with. I just find a lot of them unpronounceable.

The second thing I didn’t like was the romance. There is a lot of romance, particularly the palace intrigue type of romance. That is just not my cup-of-tea. Other people like might like it, but I’d rather see how they kill the bear or get out of the grips of the evil slaver than read about how her cheeks blushed when he looked her way.

I highly recommend this book to those people who enjoy grown-up fantasy tales. There are places where the book feels like French Renaissance love novels, other times it feels Tolkienesque, other places that it is like a Medieval battle diary, and then some places it reminds me of Dune.