Pastor Greenbean has had a very, very busy and bustling week.  However, my work load did not deter me from remembering to post for you the promised ‘snippet’ from the upcoming sermon from Mark 5:1-20 where Jesus heals the man who is troubled by so many demons they call themselves Legion.  The tentative title for the sermon is Deviled Ham.  This particular section of the sermon comes very early as we examine the different way this story is handled in Matthew and Luke.

As I said earlier this story is found in Matthew and Luke too, but Mark’s is the longest telling of it.  There are two things that often trouble Bible students about the story—and no, the troubling part is not the demons.  The Bible, particularly the New Testament, is filled with spiritual conflict and we are told by Paul in that great passage in Ephesians that we, “Wrestle not against flesh and blood but against powers and principalities in high places.”

No the problem with this story is textual—so let just address that right now.

So they don’t agree. 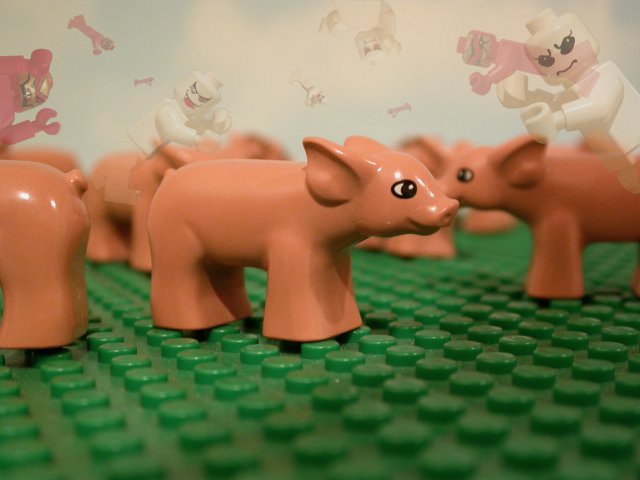 Most preachers just skip that stuff because they don’t want to confuse their audience or they somehow act like it happened twice or that Gadarene and Gerasene are the same place (they are not).  I, however, think you’re a pretty smart group of people so I want to pull it out and show you.  I also don’t want the first time you see that there is a difference in stories to be when you have it pointed out by someone trying to tell you the Bible is not true or that it has contradictions.

What matters is not those type of  details, what matters is the fact—there was a bank robbery.  I take it as supporting the biblical witness that these two stories are slightly different because it verifies real world experience—witnesses remember things differently.  But what they all agree on is that Jesus healed a demoniac with dramatic results. 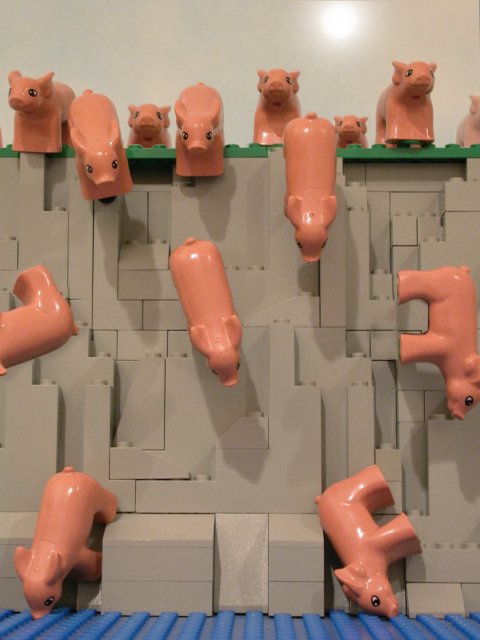