This blog is doing double duty.  It is an identical posting I made for Bard and Book, which is going public tomorrow with a major press release.  It is about my newest short story, Deep Cove.  The best way to read it is at bardandbook.com, but it is also available at Amazon and barnesandnoble.com as well as Smashwords. 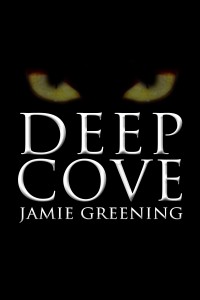 “Deep Cove” is the name of one of the streets near our Lake house in Central Texas.  The name stuck with me as I began to write an homage to the  monster movies from my childhood.  I remember watching The Creature from the Black Lagoon on Saturday afternoons.  Even though it was campy and in black and white, there was something about it which pulled me in.  A couple of years ago my family and I vacationed at Universal Studios and they even had a stage show version of it and I looked forward to see it.  Sadly, I was disappointed as the show was terrible.

What  I wanted to do, though, was to use the monster to set a historical backdrop from my own memory and cultural heritage.  What emerged was a story about two ‘good ole boys’ who encounter a lake monster one night while fishing.  A careful reader, though, ought to find t two or three other themes such as the alpha and beta relationship between the two men, their life’s goals, and the irony of fishermen being fished by the fish.

This is the initial story; but I plan others.  In future stories we will see other encounters people have with it.  I wouldn’t be surprised if there are not some stories located in the 80’s and possibly the 90’s as well as the legend of the beast takes hold in the community of Deep Cove.

Eventually there will be a story about the beast’s origins.  However, I intend to write that one near the end of the collection.  Probably, just probably, we’ll discover a mad scientist involved who experiments with radiation and genetic mutations of aquatic wildlife in the late 1950’s.  But I will not promise that.

3 thoughts on “BEHIND THE SCENES OF “DEEP COVE””