As we end the year, I am re-posting my top five viewed blogs.  After that five, then I will re-post my top five favorites from the past year.  We begin with familiar territory by boldly going where we’ve gone before, a blog originally titled Some Star Trek Philosophy.  For the record, I got new Star Trek gear this Christmas too, the complete series Voyager.  Awesomeness.  Enjoy. 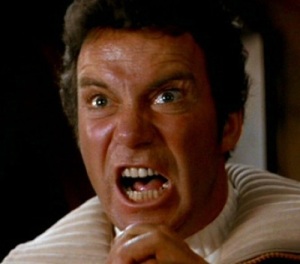 For Christmas my wonderful wife gave me every second of every Star Trek original series, movie, and Star Trek: The Next Generation series on DVD.  It was a truly beautiful gift.  Since then, we have cobbled together enough time to watch all of the original series and the original six “Captain Kirk” films.  It is all a part of my plan to assimilate my daughters into the nerd collective.

As I watched the original six films again—starting with the Motion Picture, Khan, Spock, Whales, Awful, and the Undiscovered Country’s Ode to Shakespeare I was struck by some profound philosophical and moral teachings that I could hang my hat on.  Here are some of my observations.

Okay okay, its Star Trek for crying out loud.  Its not Kant or even Kafka.  Nevertheless, human nature faces these issues and I find they pop up even in our most mindless art.

Its at this point I turn the television off and come back to reality—the Scriptures.