This morning Pastor Greenbean left his comfortable little hamlet and traveled south.  A good friend and I carpooled down to Eugene, Oregon for the yearly gathering of the regional expression of our denomination.  These meetings are usually comprised of pastors, church leaders, and denominational employees.

The drive down was not bad at all.  It is about a 4 1/2 hour drive; depending on traffic.  It rained most of the way.  On the drive down we solved, in order:  The budge deficit of the U.S. Government, Immigration, tax problems, and the problem with church today.  As you may have guessed, we felt quite accomplished before we ever arrived!  Besides that, I thought I might share some of the highlights significant events of the day.

Event One:  On the drive down, my friend asked me if I wanted a piece of gum.  I said, “Sure,” and he gave what he called “Japanese gum.”  He said he gets from friends in Japan.  The gum felt like a cough drop–with all the nasal opening power of Vick’s Vapor Rub.  It is called Black Black.

Event Two:  I went to the bookstore almost straight away.  One of the benefits of these meetings is the portable bookstore they set up.  I saw the most beautiful book I’ve seen in a long time.  The cover was, and I can’t overstate this, gorgeous.  I said out loud as I held the leather bound decorative book, “Can you judge a book by its cover?”  A woman standing about 5 feet away, who I didn’t even know had heard me almost shouted, “NO!”  We both giggled and we decided that if they had spent that much money on the cover; that must mean the contents are junk.

Event Three:  Just after finishing the book store I ran into a colleague I haven’t seen in several months.  He took one look at me and said, “Looks like you’ve put on weight.” 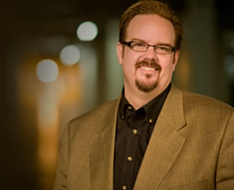 Event Four:  I come to these things for two primary reasons.  The first is to meet up with people I don’t get to see very often.  The second is for the preaching . Ed Stetzer preached this evening and it was very good–really more of a sobering reminder of what everyone in the room already knew but needed to be refreshed.  He preached from Matthew 4:17 and talked about the Kingdom of God being about the “reign of God,” the “rebellion of people,” balanced by the good news that the Kingdom is “presently near,” and that we as people need to “repent.”  He did pretty good–three of them even start with the same letter.

I haven’t had a chance to look at a schedule for tomorrow yet; but I”m sure it will be a great day.