You can read the original post of my 2014 predictions by clicking here.  Let’s take a look at how I did.

Where I was Really Right!

I predicted the Seattle Seahawks would win the Super Bowl.  I could not have been more right about that, now could I?

I predicted Lady Gaga would disappear, and, indeed, that she has.  Consider this little gem, though, from South by Southwest here in Austin (click here–although, it is not for the weak of stomach).

I predicted that Pope Francis would work to build serious bridges with Protestants.  Yeah, nailed it!  For evidence of my rightness, check out the December cover of Christianity Today.

Congress did, as I predicted, pass a budget.  It is just about all they did this year.

Where I Was Somewhat Right

I predicted that ‘subterranean life’ would be discovered on Mars.  That didn’t happen, but just last week it was announced that they found methane and water.  Then, there is this from earlier this year that I have already blogged about. 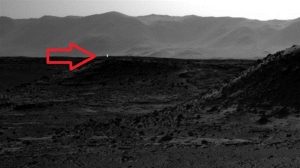 I was sorta right about the Tea Party too.  I predicted it would start a slow decline.  Well, it has.  Sure there are strongholds and they have clout, but the GOP wins in the midterms demonstrates the traditional branch is still in control.

Facebook is still with us, even though I predicted a sharp decline for it.  However, there is little doubt that Facebook has lost the ‘it’ factor.  It is no longer cool with the under 20 crowd.  I think Instagram and Vine have taken over that spot.

Where I Was Completely Wrong

William Snowden did not win the Noble Prize for Peace.  He has, however, passed into culture as something of a hero to many.

Egypt did not revert to a monarchy and Iraq did not detonate a nuclear bomb.  Either one of these things, though, could happen in 2015.  You know its true.

4 thoughts on “REVIEWING MY 2014 PREDICTIONS”