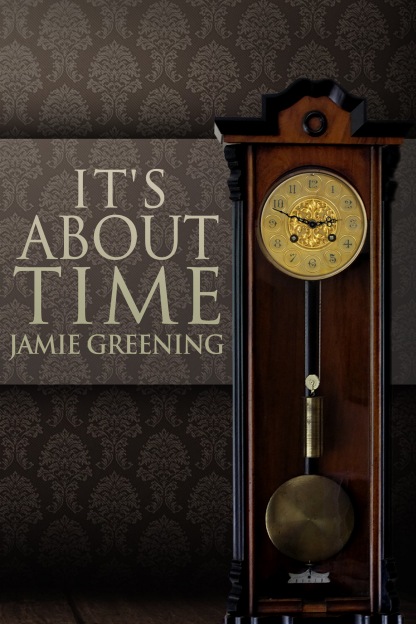 Last week my new short story hit the digital shelves.  It is  being sold as a bundle for $2.99 with two other stories, each selected by me.  My publisher asked me to select two previous stories and then group them under one topic.  I thought about going with a monster motif and doing my two Deep Cove stories and work up a sci-fi story I’ve been thinking about.  I also thought about going completely pastoral, as the story I just finished is pastoral in nature.  I decided, though, in the end, to wrap the bundle around the theme of time with the title “It’s About Time.”  Here is a brief overview of the stories, and why I picked these particular ones.

The Land Begins to Heal:    The genesis of this story began about two months ago when I heard a story on our local NPR station about the Elwha River Dam removal.  That got my juices going about how I could get my protagonist Pastor Butch Gregory up there.  Then I began to think about the correlations of healing.  It takes time to heal both the land and the soul.  I combined these two ideas with what I’ve been jazzing on for a while, and that is the late 1970’s.  If you’ve read my two Deep Cove stories (I promise more are coming in the future) you know those are set in the summer 1978.  I guess every generation is nostalgic about childhood.

I wanted the theme for The Land Begins to Heal to be pastoral.  What Butch Gregory deals with is old wounds, church secrets, and the spiritual awareness necessary for solid pastoral ministry in a local church.  The story comes in at about 8,500 words, which is a good solid count for a short story.  It is the only truly new story in this bundle and I really like it.  The only way to get it is to buy the whole bundle.

Speculation:  I wrote speculation last summer after wrestling with several questions from people about death and what happens when we die.  There are three particular Bible passages that I’ve always worked at as one tries to square a circle.   Two come from Paul, so there must be some kind of consistency here.  1 Thessalonians 4:16 says that at the end of all things the dead in Christ shall rise first, implying they have been dormant since death yet 2 Corinthians 5:8 teaches that to be absent from the body, which I take to mean dead, is to be present with the Lord.  Now, just for good measure, throw in Hebrews 9:27 (which is not Pauline) where we learn that all human beings die once, and then comes judgment.

My story begins with a man who dies at 2:48 A.M. (hence the cover picture), and then details the next three seconds, the first three seconds of the afterlife.  Fiction sometimes helps us understand how all three concepts might work as one process.  The end result, for me anyway, is that time is unreal and is essentially a construct that ceases to exist for us when we die.

Legacy:  This is one of my oldest stories and one of my favorites.  It originally appeared in my 2010 book the Haunting of Pastor Butch Gregory and Other Short Stories.  I am a Baptist and I’ve often wondered what might happen to our tribe in the future.  So I pushed out 400 years (doubling our time, because Baptists have only existed for 400 years) to a time when Baptists leave earth in space ships.  I played with the language in this story changing the title “Pastor” to “Paster” as that is how most people pronounce it in English.  The Paster serves a type of ship’s captain.   The main character is an engineer named Scotte (pronounced Scotty, with apologies to Gene Roddenberry) who works on the ships four engines, each engine is named for a Gospel.  I line the story with inside jokes such as calling the dining room the Potluck Deck and the historical references inherent in some of the names.  My favorite was Sandi Creak (from the old Sandy Creek Association).  Sandi is an a older, black female paster who preaches from the antiquated NIV.

The reason I picked Legacy for this collection is that I wrote it to be an allegory about the changing nature of church life today.  What I have discovered is that things have accelerated in the five years since I wrote it.  The crisis in the story occurs when the ship hits a pocket of space that ‘changes’ things and people react in different kinds of ways to the change.  No one can really explain it, but they all have different ideas about what is going on and conspiracies abound.  Their reactions are analogous to current trends.

I hope you have time to read these, especially the new one.   It’s About Time is available at Amazon, Smashwords if you don’t have a Kindle, and from our little collection of indie authors at bardandbook.com